Data driven to the bottom of things

"I am a curious person, but also skeptical. That is very helpful in a job, where you always have to double-check an assumption and think about the people that might be affected by our changes."
– Patricia Goldberg

How does a Data Analyst from the southern hemisphere end up at an agricultural start-up in Munich, Germany? Agrando is the perfect fit, says Data Scientist Patricia Goldberg. Born in Brazil, she moved to Germany to receive a more specialised education in Data Engineering after she’d already been working in analytics. She joined us while studying to get her master’s degree in Data Engineering and Analytics.

Hi Patricia! Thank you for sharing your story. Please describe yourself briefly in 3 sentences.

I was born in Sao Paulo, Brazil, but I moved to a smaller city near Sao Paulo called Atibaia when I was very young. I’ve moved a lot ever since, in total, I have lived in 6 different cities, across 3 countries, Germany being the latest one. In my free time, I normally read (I am a participant in two book clubs), play games, or work as a volunteer for the Female Tech Leaders.

Tell us how you got here.

Funny story. During my master's degree in Germany, I was looking for a job in a place where I could learn something from the company. Then my University had this career fair for start-ups, which we could choose from a list of companies we wanted to job an interview with. When I opened the Agrando page, I immediately thought it would make a perfect fit: Not only were they a growing company and were looking for Data Scientists, but I have been interested in Agriculture ever since my parents started to live on their farm. I did other interviews that day, but Agrando was definitely the best choice I’ve made.

What did you do before Agrando? Were there any milestones that you are particularly proud of and can contribute to Agrando?

Right after I finished my bachelor’s degree, I started to work on Analytics and I fell in love with the concept. After two years working on this, I’ve realized that I was missing a specialization in the area and decided to move to Germany to get my master’s degree in Data Engineering and Analytics. I am especially proud of how a simple project in Machine Learning which I did while an exchange student at the University of Bristol, made my whole career path until the point that I am now, as a Data Scientist. I would say that my different background and career path is how I can contribute to Agrando.

Tell me, what do you do around here all day?

In the morning, the first thing we have is stand-up, we have a 30 minutes talk to first talk about our days (the famous small-talk) and then to talk about the issues we are going to tackle that day, removing any possible blocker we might have. The rest of the day I divide between my Data Scientist tasks and my developer tasks, normally I do 40% of Data Scientist issues and 60% of Backend programming. Having both roles at Agrando, helps me understand our goal better, since I am involved from the first concept visualization of the product, until the data analysis on how this product is used. 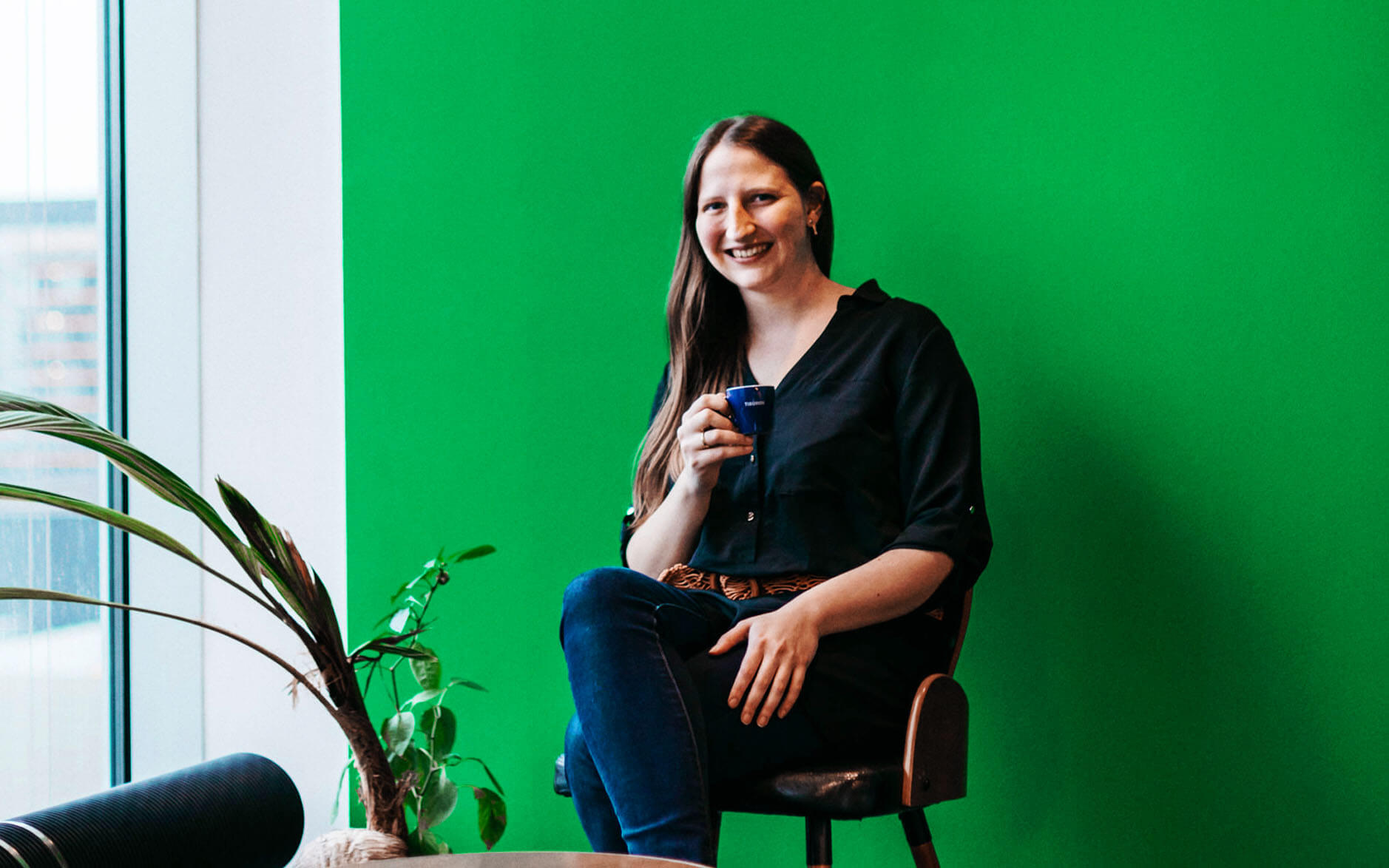 Why the nickname “Skeptical Detective”?

I am a very curious person, but also very skeptical. So, whenever someone comes to me with an assumption, I normally like to confirm it with some data. Some sort of detective, trying to find out the truth. This is very useful in my current position since I can always make sure that if the assumption is correct or not.

Where's your favorite spot in the office or in your home office? – And why?

In the office, my favorite spot is definitely the Bräustürl, because that’s where I’ve had my first Data Scientist’s syncs and discussed my first project at Agrando. Since I’ve started as a working student, my first project was designed in a way I could work by myself, and learn a bit more about the company and its tools.

It was last year, in 2020, when our whole team went together to one of our colleagues' farms. It was indeed a great experience! We visited different types of farms and had the opportunity to help a bit.

One of our core values at Agrando is &quotcharacter", because everyone contributes to us with all their skills. What character traits do you contribute to your team?

My curiosity. It helps a lot in my job to always double-check the assumption, and think about the people that might be affected by our changes.

What makes Agrando so special to you?

Agrando is a perfect fit for me. The way we work closely together and how well we communicate still impresses me. I like how flexible our work at Agrando is, it does make a difference, and it certainly made the transition smoother to the Home Office situation we are currently in.

The team behind Agrando is our core, without whom none of what we do for agriculture would be possible. Who are there people, what drives them to shape modern agricultural trade with Agrando? Find out that and more in our interview series &quotMy Agrando Story&quot. In the last post we talked to our Fullstock Engineer, Wafa Yahyaoui.

Would you like to become part of the Agrando vision? Then take a look at our career page. We are looking for dedicated talents like you who want to actively shape agriculture!

Sarah Liebigt has been a journalist and online editor for more than a decade. She considers a good story to be just as important as a well structured debate in order to convey values and carry information.
Main Menu
Agrando Pro Magazine App

About Us Our Team Careers Jobs WE ARE HIRING! Press Sustainability